Sometimes you need to get familiar with your "backyard" before you talk about it. Philly is only 2 hours away from States headquarters, and DC only a few more. But, if we're being honest, we didn't know much about the coffee scenes going on down there.

We are now very happy to report that after two and a half days, 9 Gibraltars, 12 cups of coffee, 4 biscuits and 1 “jew-ish” sandwich, we’re ready to talk about the Mid-Atlantic coffee scene. (editor’s note: you find Baltimore coffee shops notoriously absent from the post. Due to a mid-trip illness of someone in our traveling party we lost half a day and were unable to experience Baltimore’s growing coffee community. We have, however,  included a number of Baltimore shops on our map that have been recommended by a number of coffee pros. Baltimore, we’ll be back soon.)‍

For most of the country the East coast coffee scene is mostly relegated to New York City, Boston and the areas in North Carolina that radiate outwards from the Counterculture universe. Fortunately for those not in any of those metro areas, and for those of you passing through, we’re stoked to report that the Eastern Seaboard from NJ to VA is in good and caring hands.

Final note: The list below is in the order in which we consumed them not in any hierarchy of "goodness". If you see a café here it means that we visited it AND we can personally recommend it.

This location had two of the nicest baristas on bar that we encountered most of the trip. The shop felt comfortably closed in, despite its size, thanks to a lot of warm wood and dark metal. The espresso drinks were notably beautiful, more than they were tasty but it was the three house roasted pour-over offerings that stole the show. The pour overs were made in Chemex brewers, transferred to a server and given on a platter next to a warmed cup: really clean presentation.

This would not be our first recommendation if you are looking for a quick cup of coffee on the weekend. We stepped in the door at 10a on a rainy Sunday so one can make an assumption that it's not always like this, but the line quickly snaked around on itself in an already small space. The staff was hurried and noticeably flustered by what appeared to be an issue on bar with their grinder, but were still super nice. After you place your order you’re free to head into the top part of the split level cafe, which hide a lot of the shop noise and actually made a really nice space for us to catch up with a couple old friends. Bonus point for the pretzel bun in the baked goods case - double bonus for telling people to keep their dogs out of the café.

The Cup We All Race For - The Line Hotel, Lobby

Based on the story this team tells on their instagram and other social media I was shocked to learn that I walked passed it three times before realizing where it was, and that it was closed. (Brothers & Sisters one of the other restaurants in The Line does serve coffee after 6P if this happens to you also) That said, this small Counter-Culture supported corner shop inside the line makes a fast milk beverage, has a full line of herbal teas and offers a light or medium roast on pour-over every day. The pour-overs are created by two marco machines (FREAKING COFFEE ROBOTS!) so even on rush I wouldn’t hesitate to order a great tasting coffee guilt free.

Pear Plum is very much what we’ve come to know, in 2019, of what a “hip” café looks like: spacious, bright and airy. Pear Plum sets itself apart by dedicated a large part of their space to retailing local makers goods including 2 roasters coffee, pottery, plants and dry goods. The staff was over-the-top accommodating and Mentin, the barista on bar, was kind enough to vett out our list of café while in town and even add in two we were unable to visit: Little Pearl and Little Red Fox. Pear Plum will be the first place we visit next time we’re in town, the suggestion is that you should do the same.

From what we can tell Compass has 11 locations in and around Washington DC. That makes them start to massage the line between specialty coffee and Starbucks right quick, and, to be honest, had us a little suspect before we visited. Once we were there and ordered it became obvious that Compass’s specialty roots were still well intact with a number of offerings on pour-over along with one of the best decaf (what?! This was after 5 doses of caffeine within the hour) we’ve had in a long time. The staff on bar were super friendly and the Loring roaster in the back center of this location was a really nice element to the very open space.

Ok, so, this is not a coffee joint BUT coming from the North East we can’t resist a place that has bagels and shmears PLUS they are serving up a local favorite Lost Sock Roasters (also being served at Pear Plum) on drip and espresso. We dove headfirst into sandwich heaven and despite it being 10:45am went for the cheesesteak style Greenberg which featured chopped pastrami and brisket with cheese and sofrito. Good thing coffee aids in digestion.‍

As of the writing of this article (November ‘19) Brandywine Coffee Roasters is housed in the back of a large Brew Ha Ha café. Word is, our pals at Brandywine will be opening up a new spot in the near future, but until then, swing to the back of the café after you get your beverage and say hi to Todd, Chelsea, Sam or anyone else back there. The amazing crew showed us around, made some amazing coffee and let us watch as they worked the roaster that has provided some of our favorite roasts over the past few years.

If you're in DC its worth mentioning that you should definitely go to Astro Doughnuts for a fried chicken sandwich on a savory donut bun. They've got 1 location in DC proper and one in Northern Virginia just outside city limits. If you find yourself in Philly and you're a pizza lover DO NOT miss out on Pizzeria Beddia - If you have to ask, we feel sorry for you.

We stayed at The Line while we were in town and it was quite lovely. It is certainly not the cheapest joint by a long shot but if you've got the margin to make it work, then we can honestly say that you wont soon be disappointed. 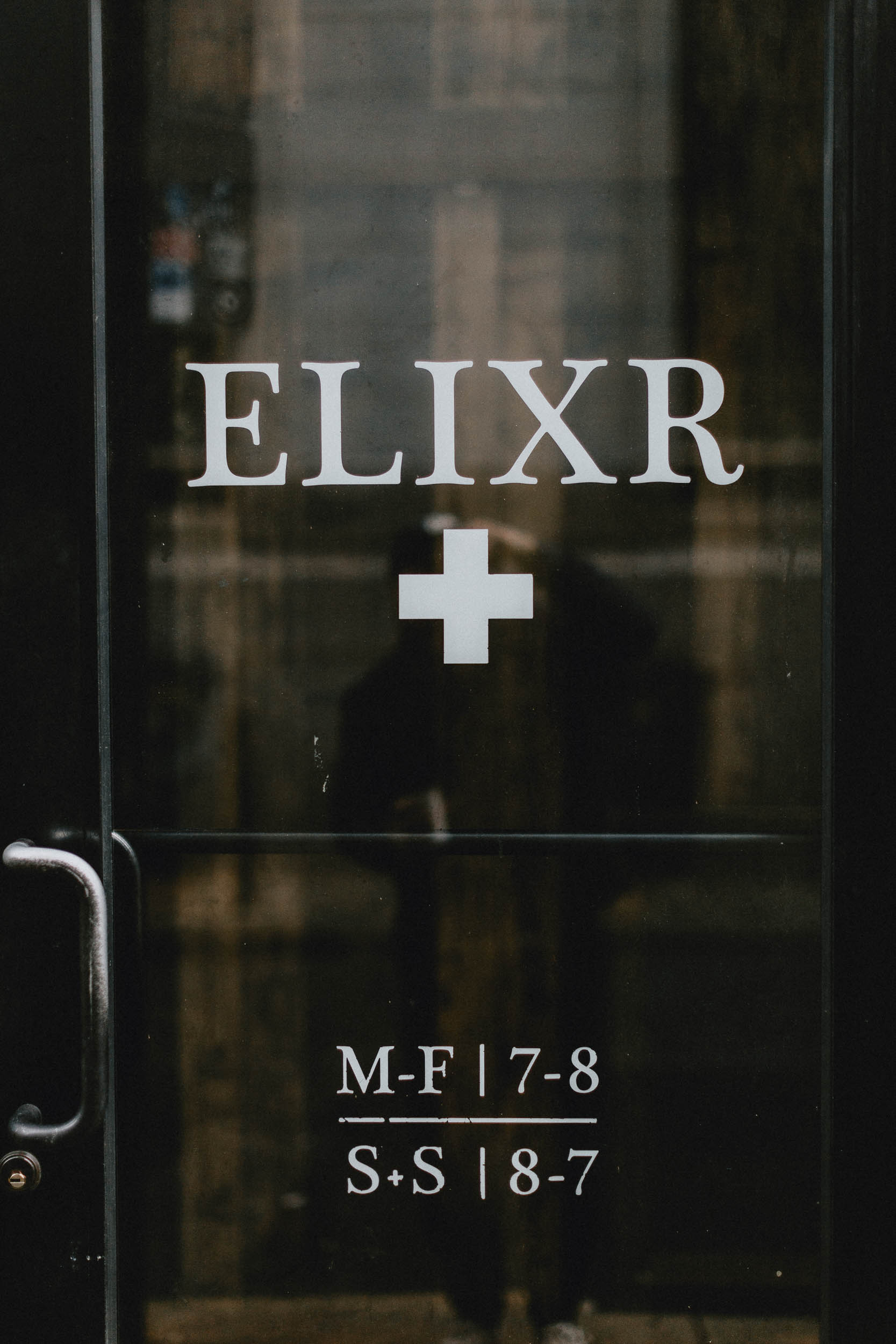 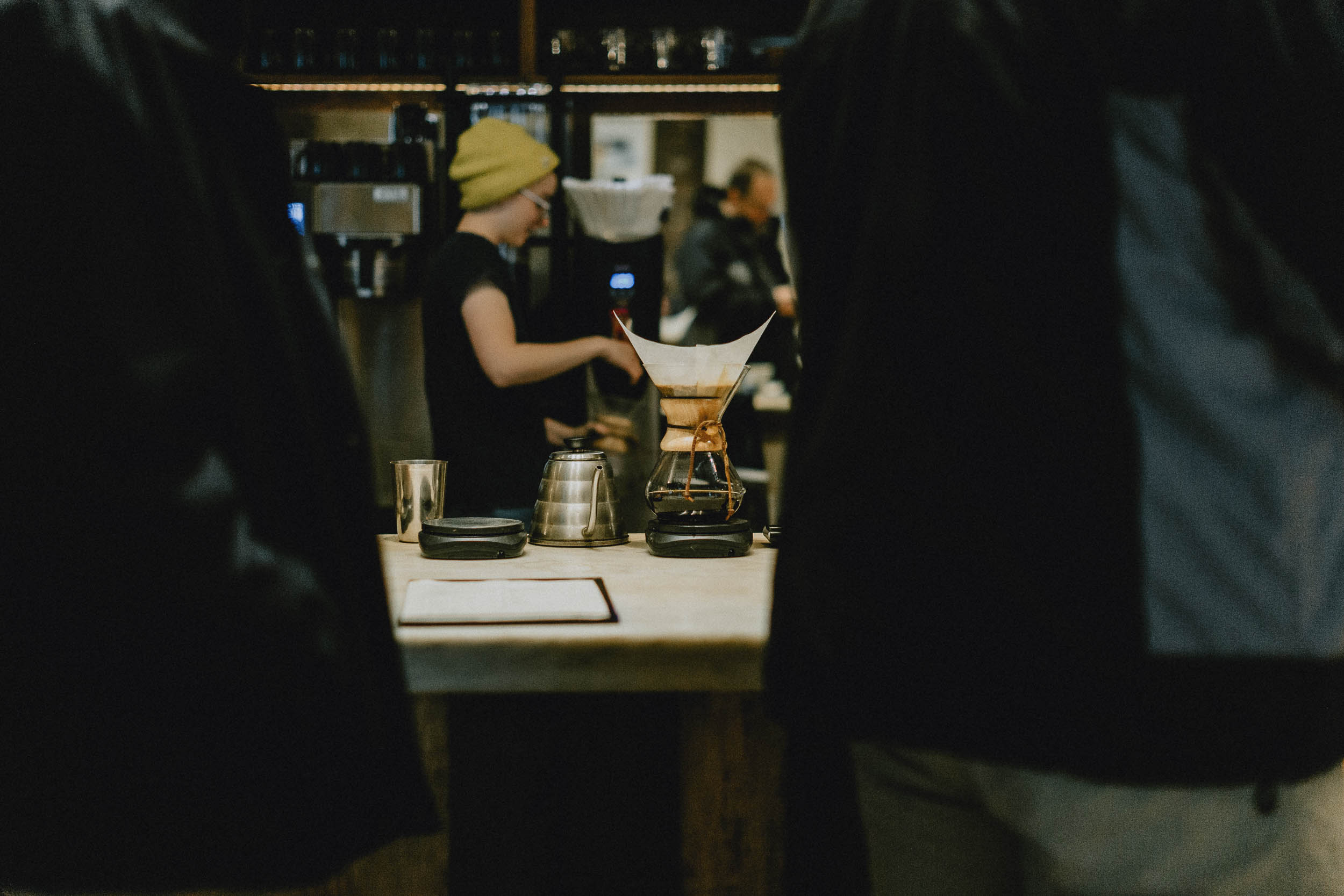 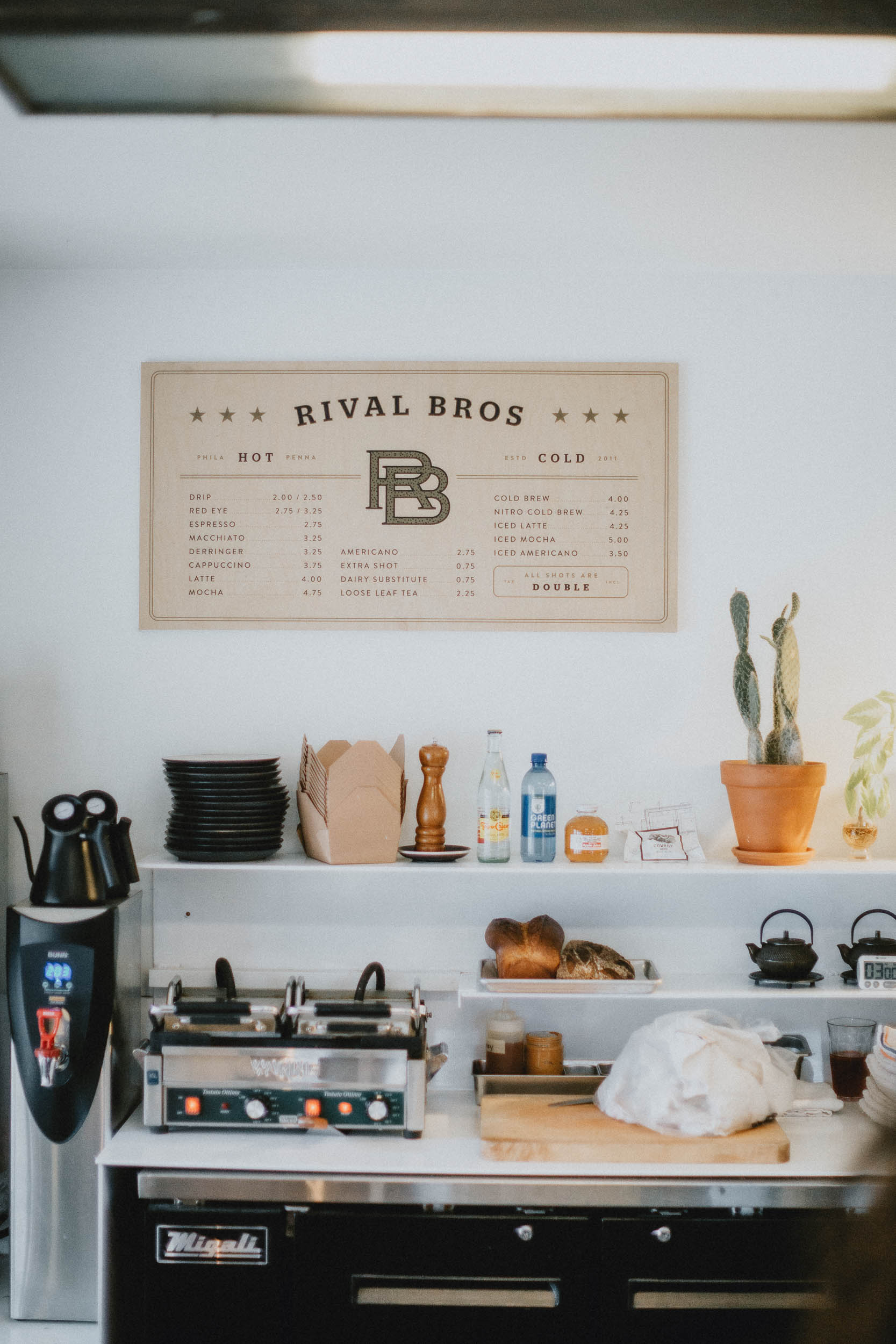 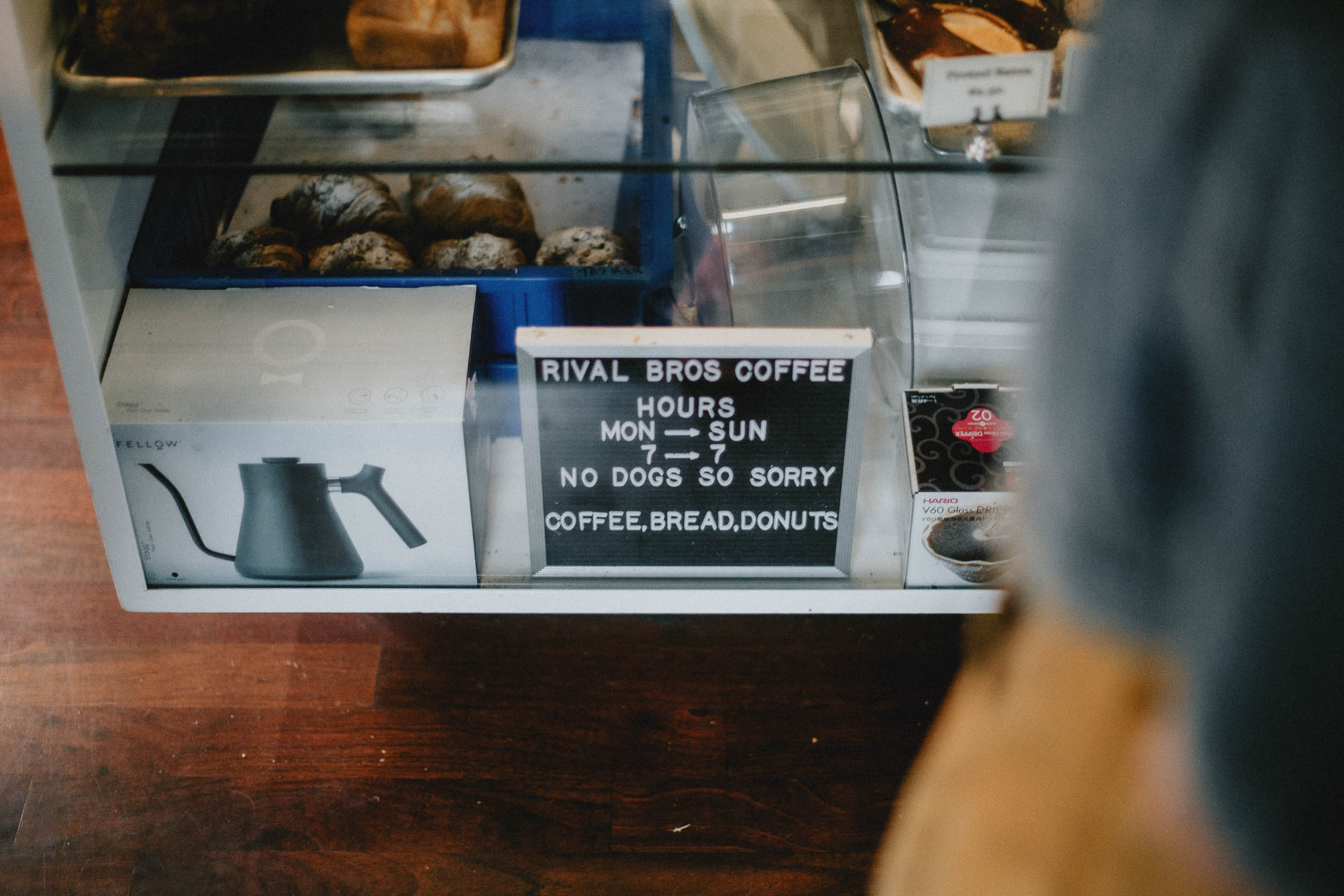 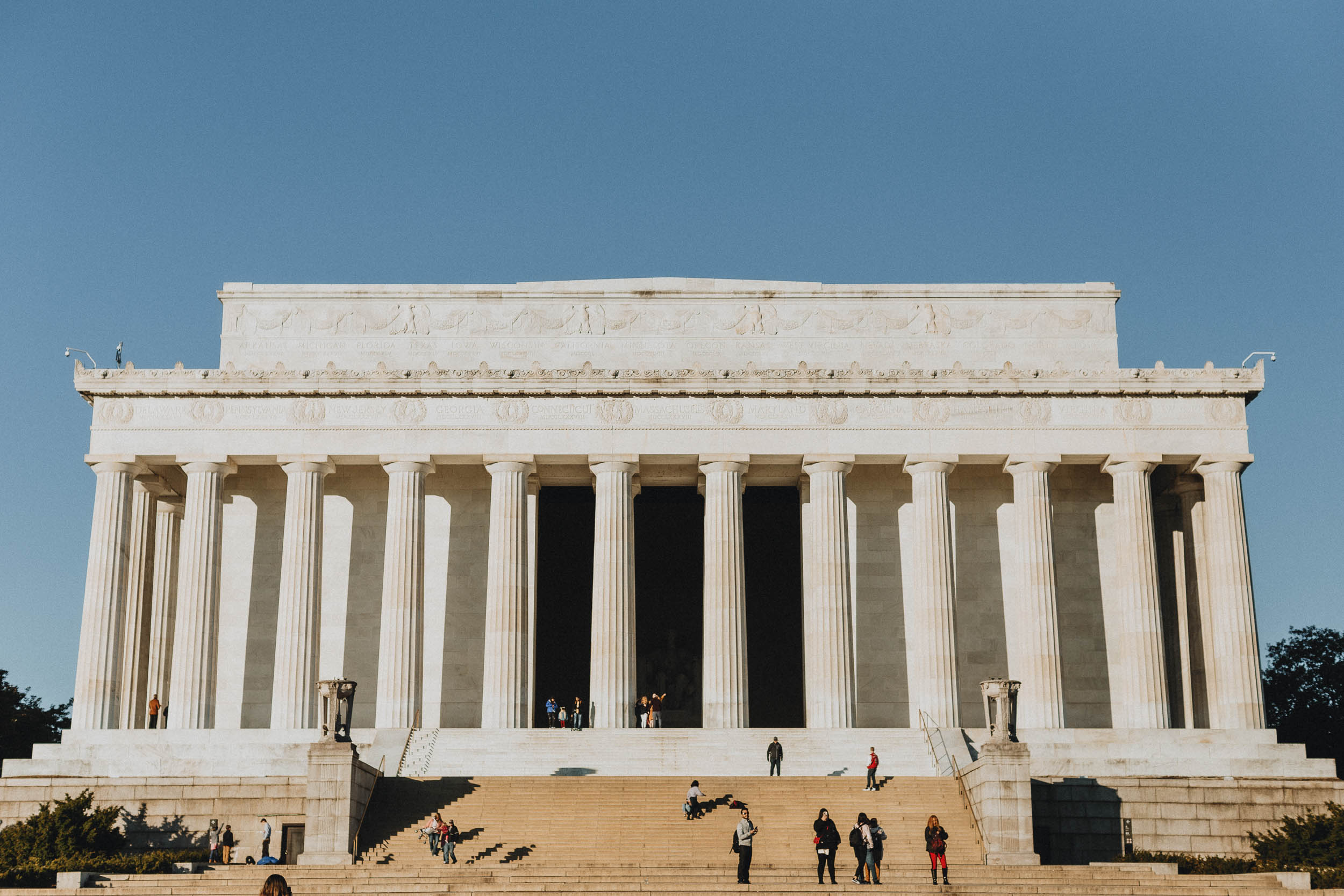 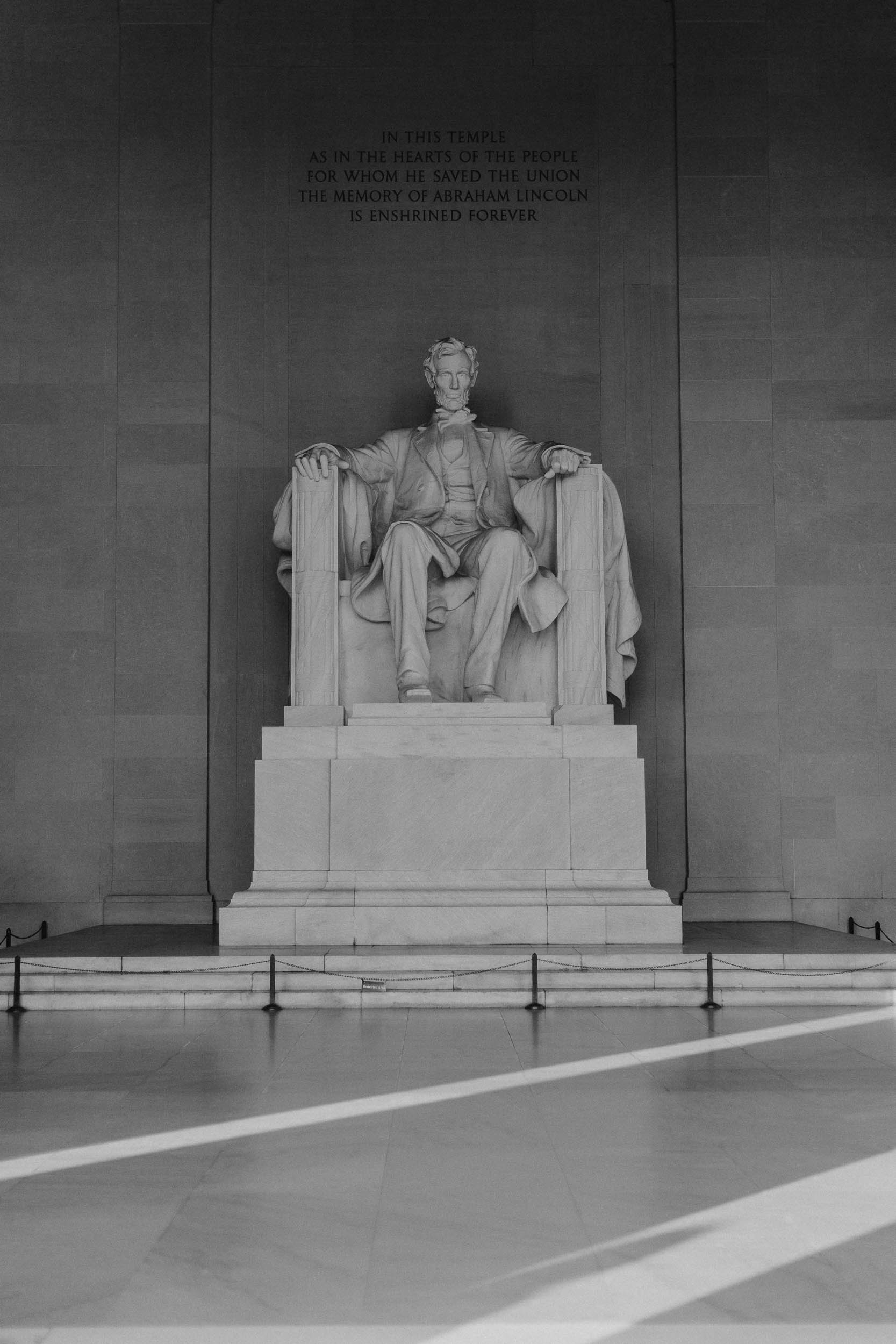 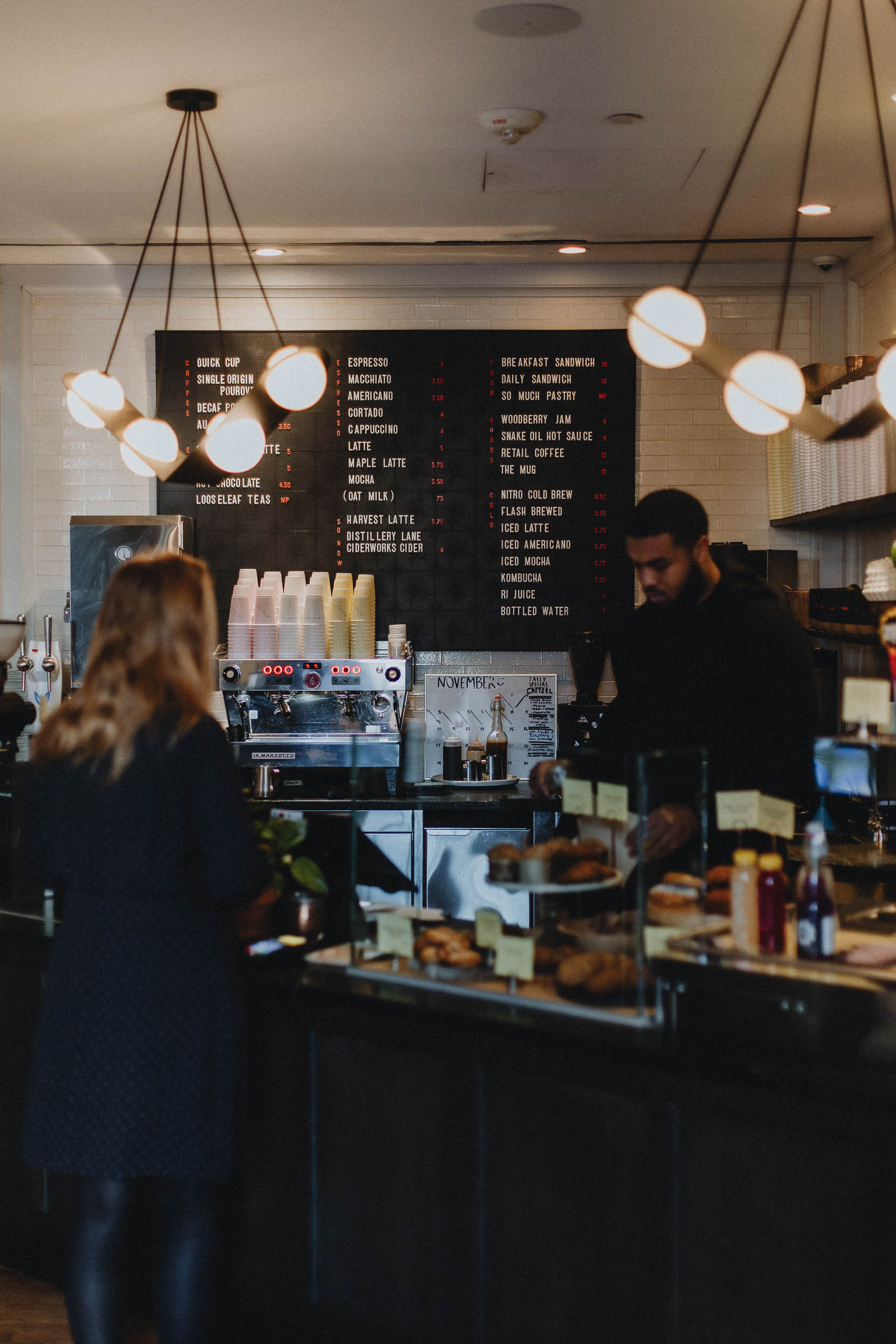 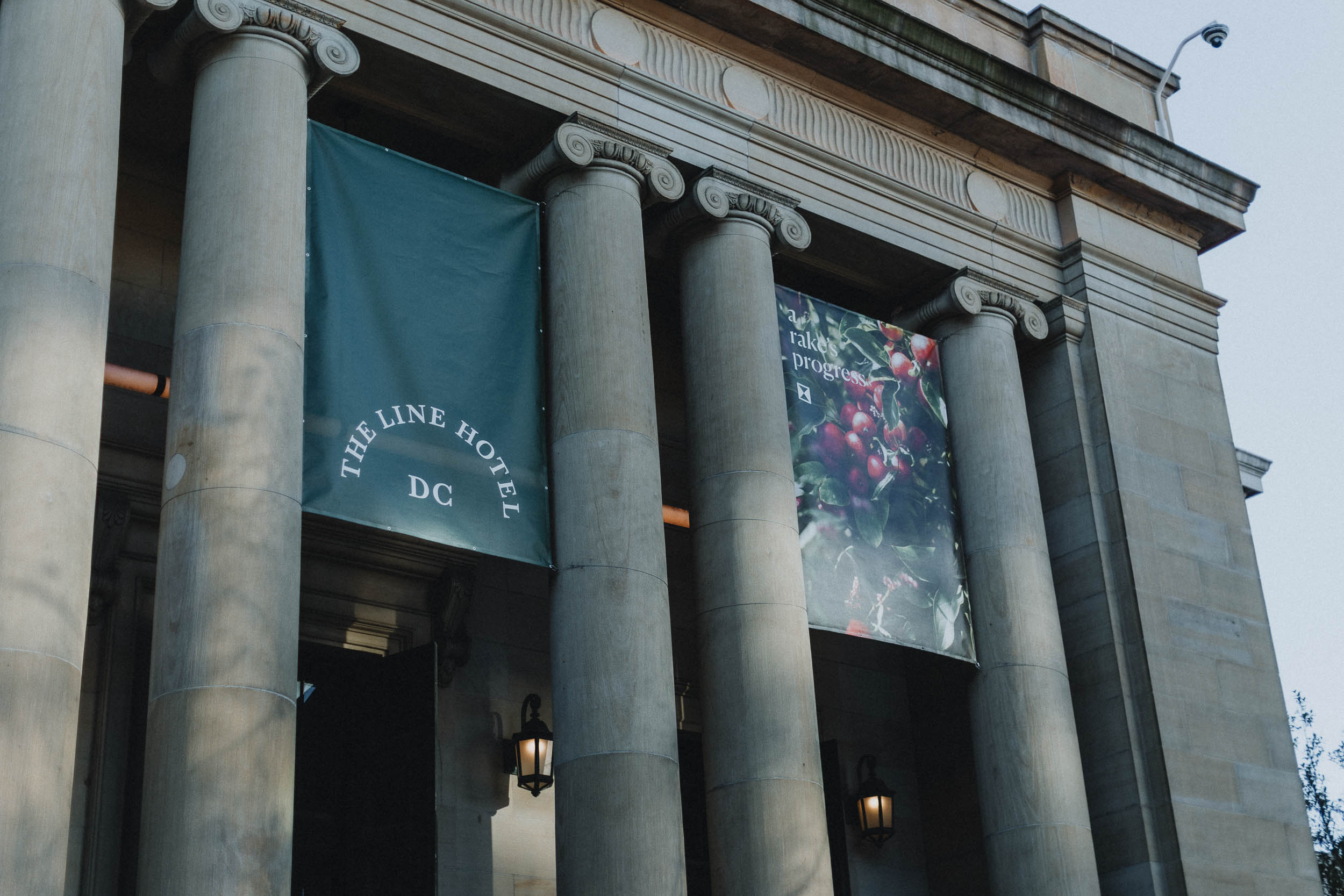 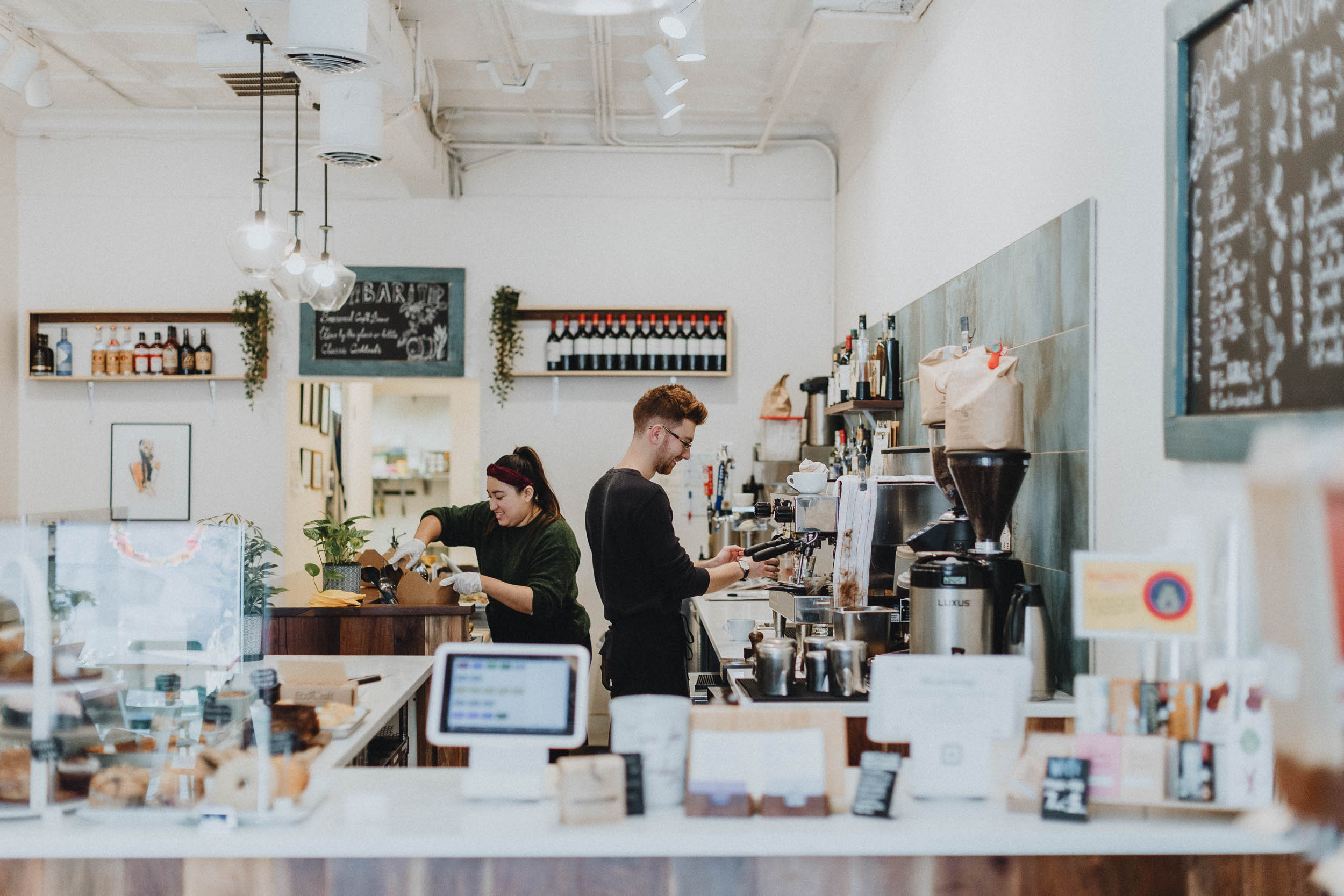 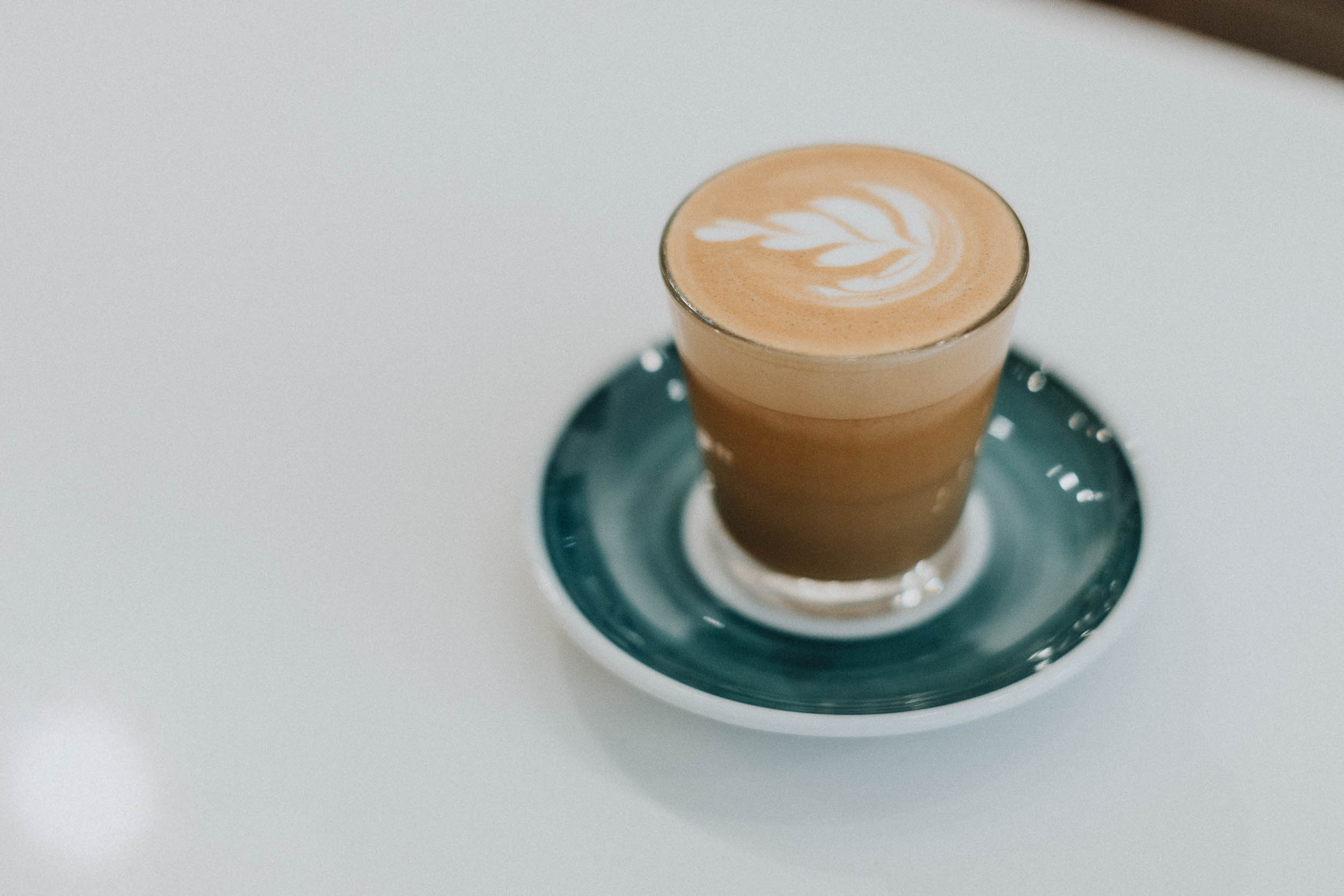 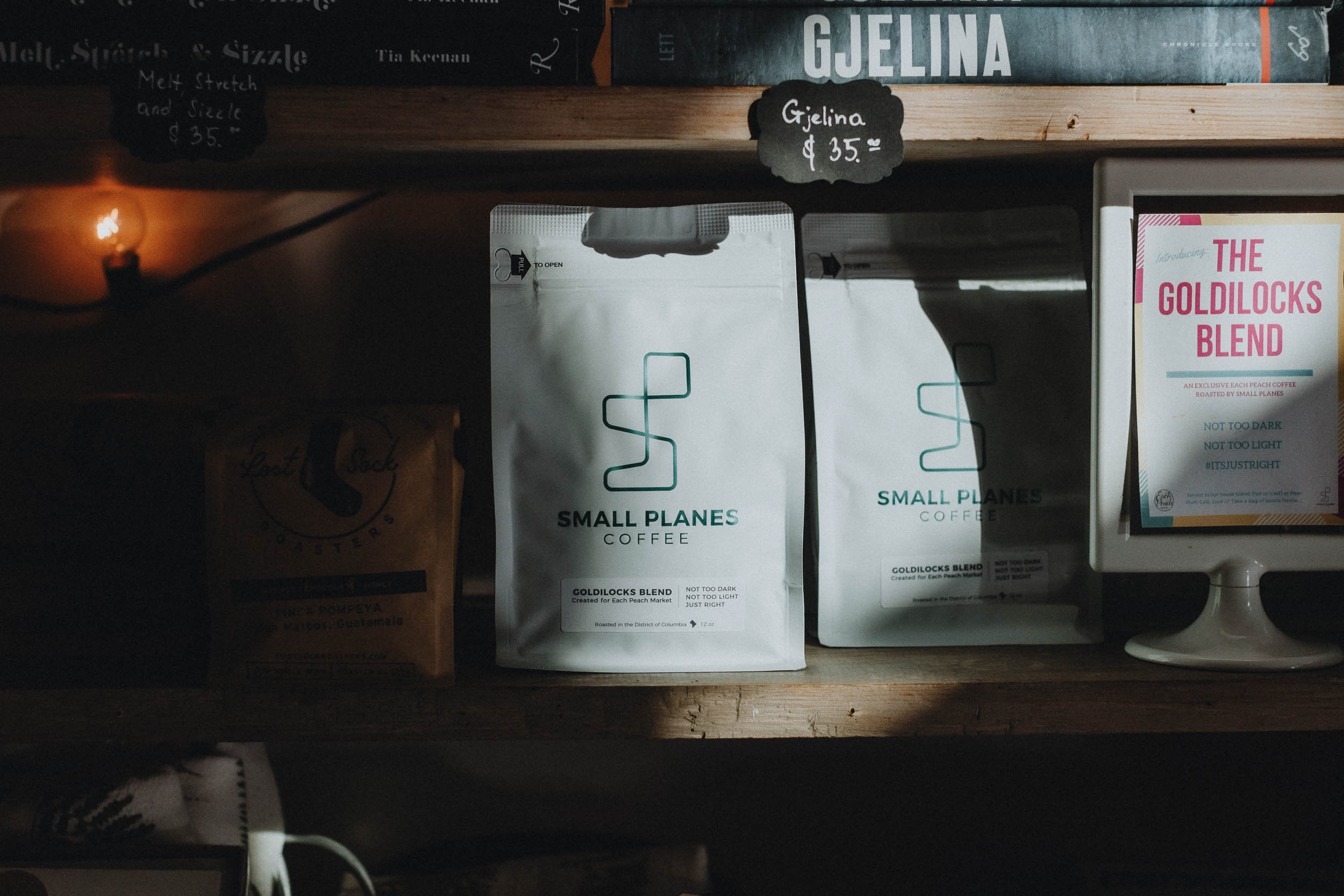 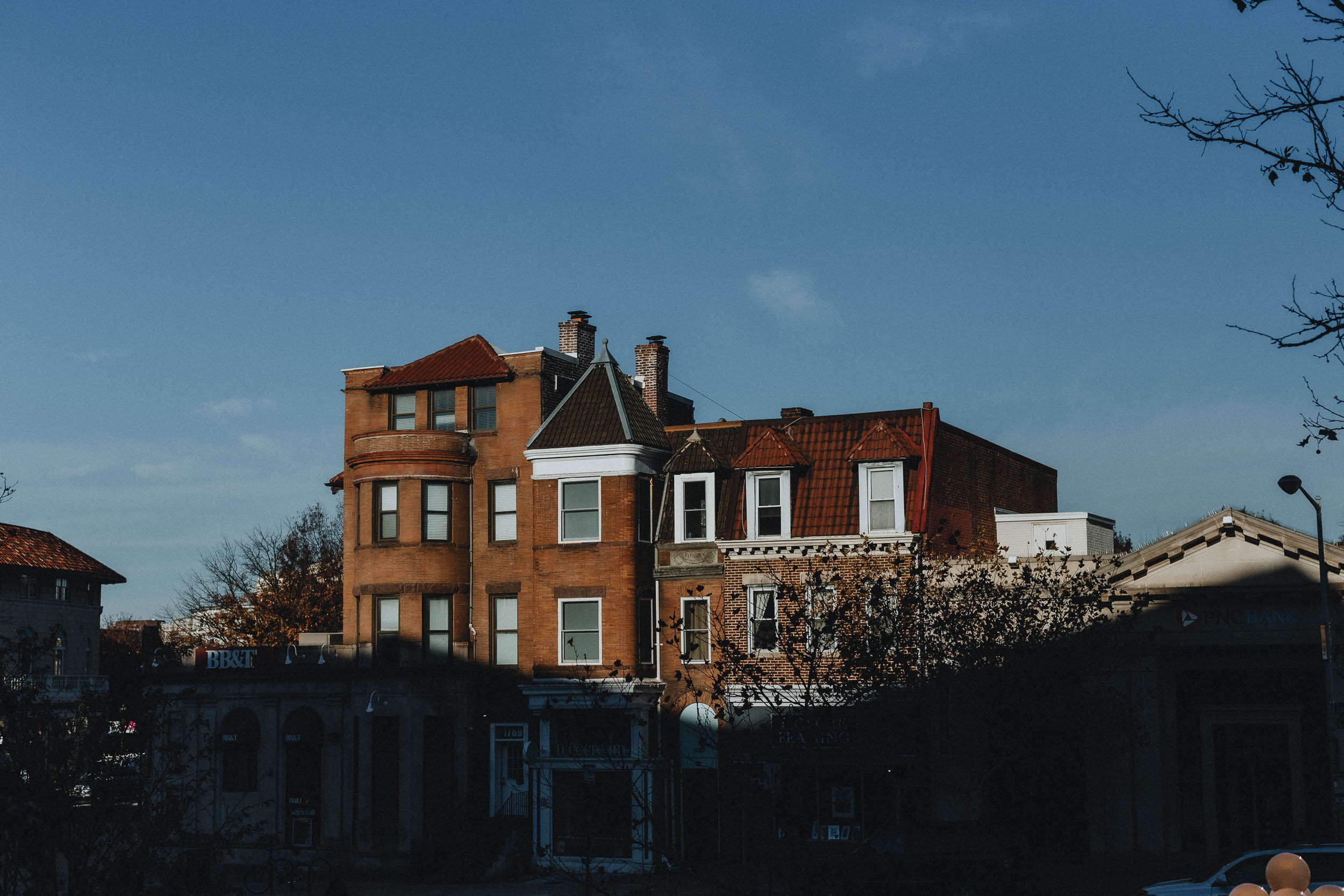 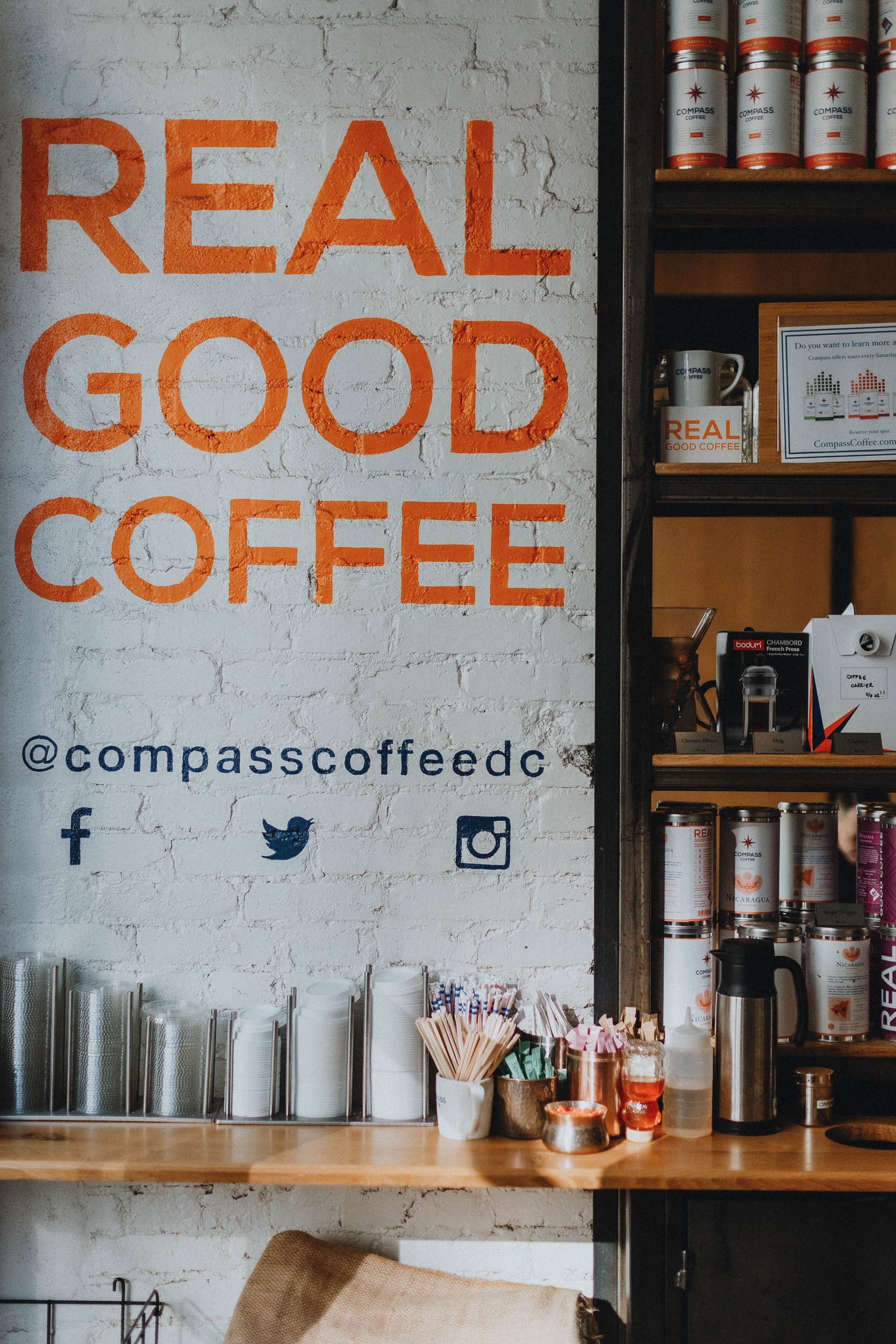 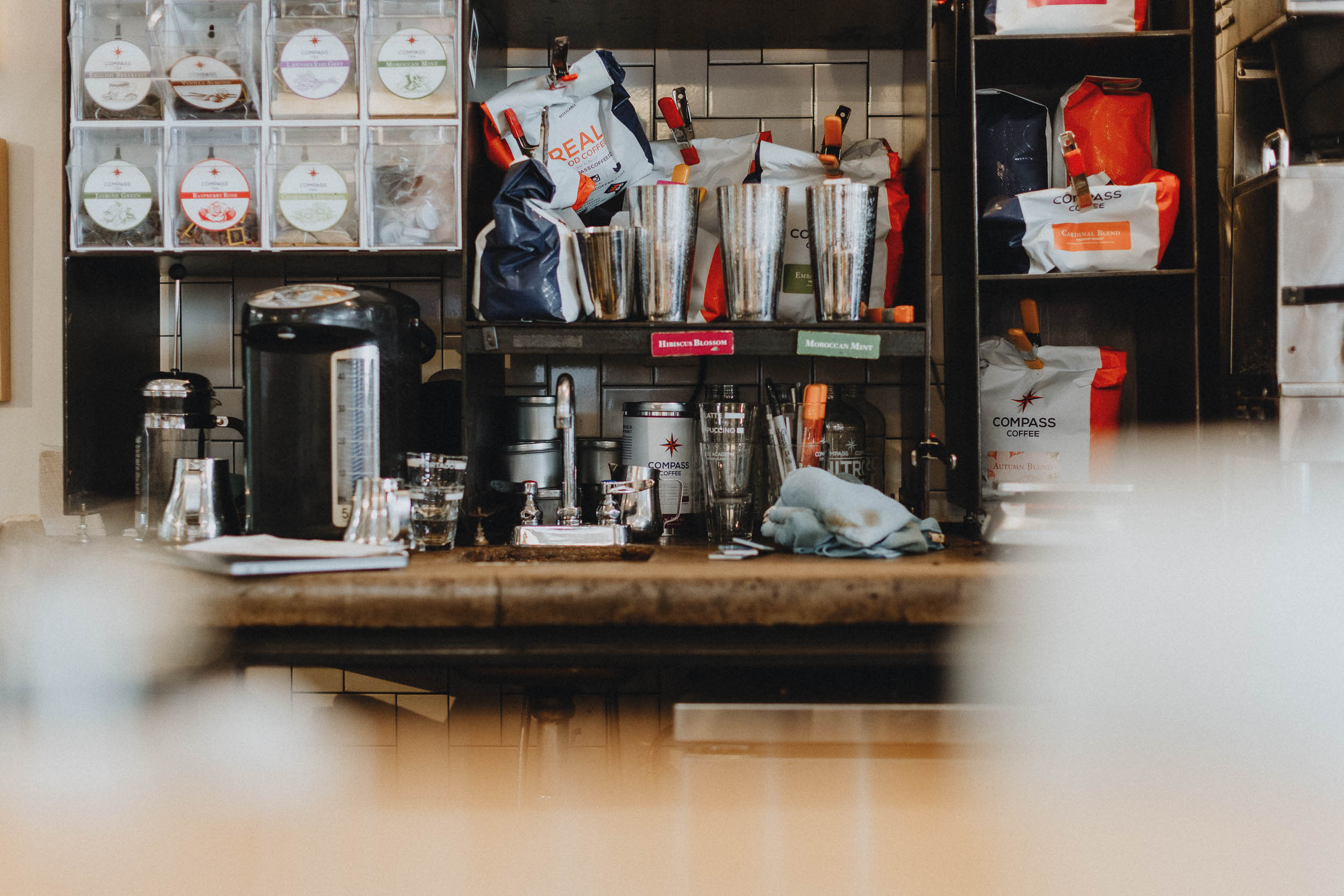 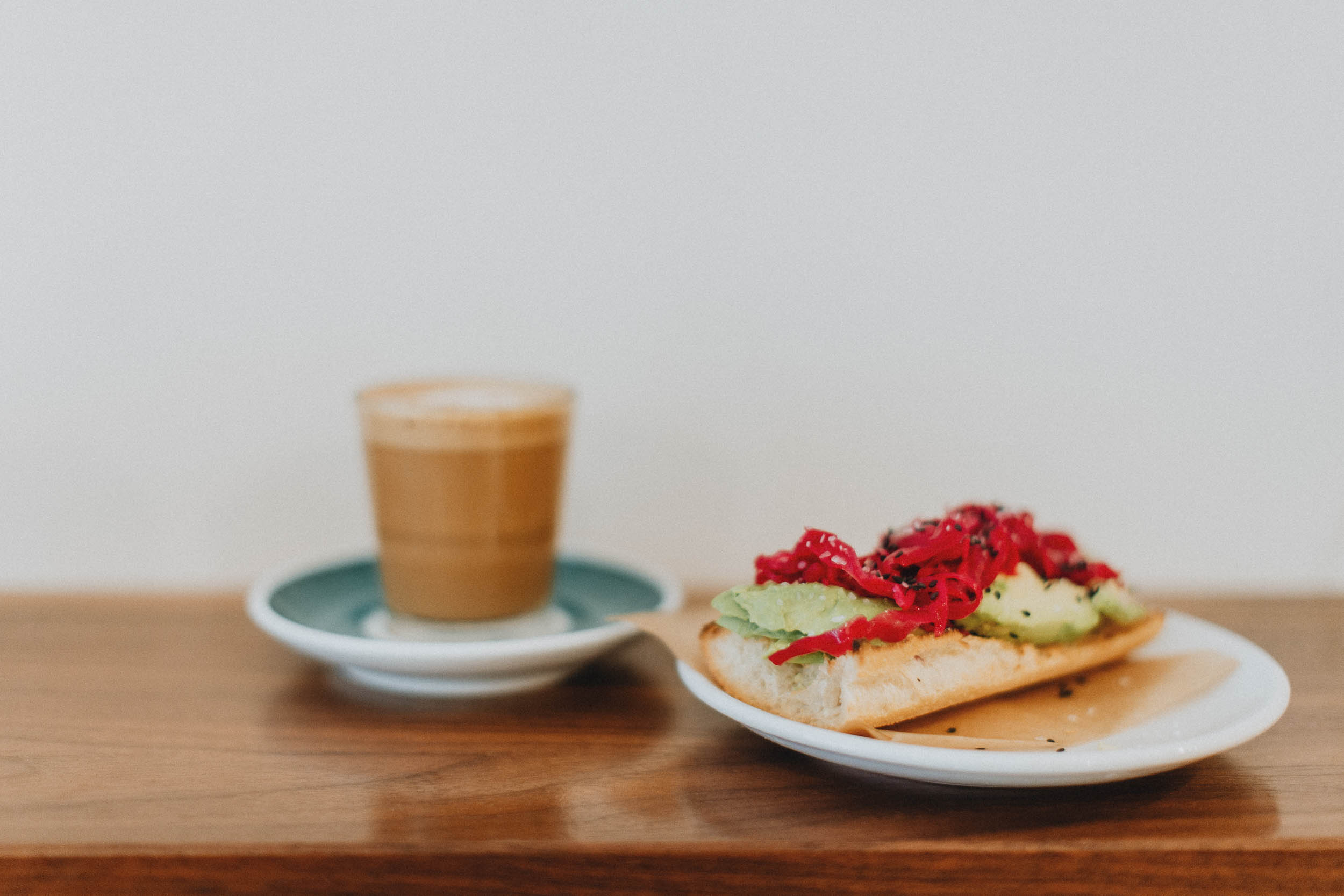 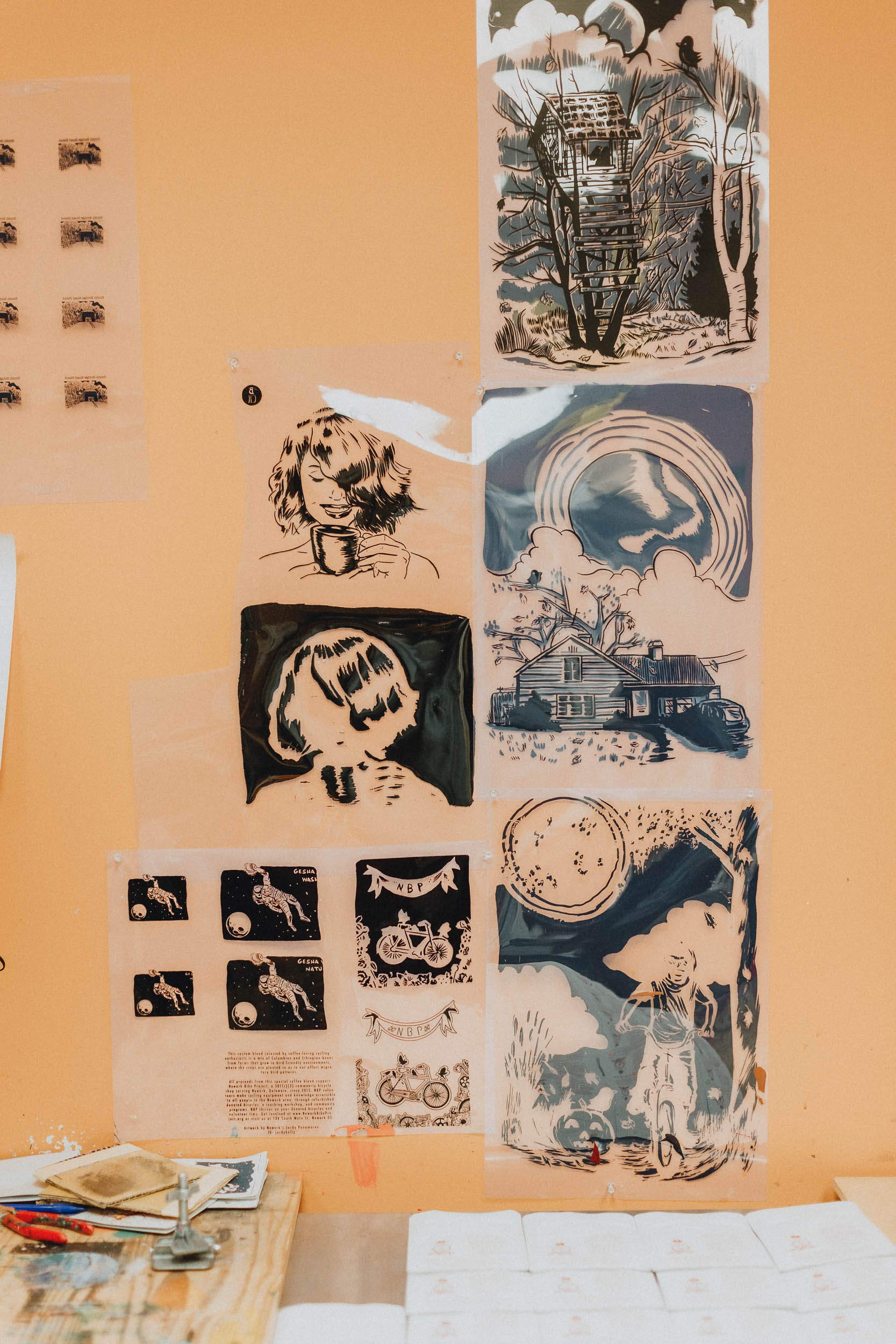 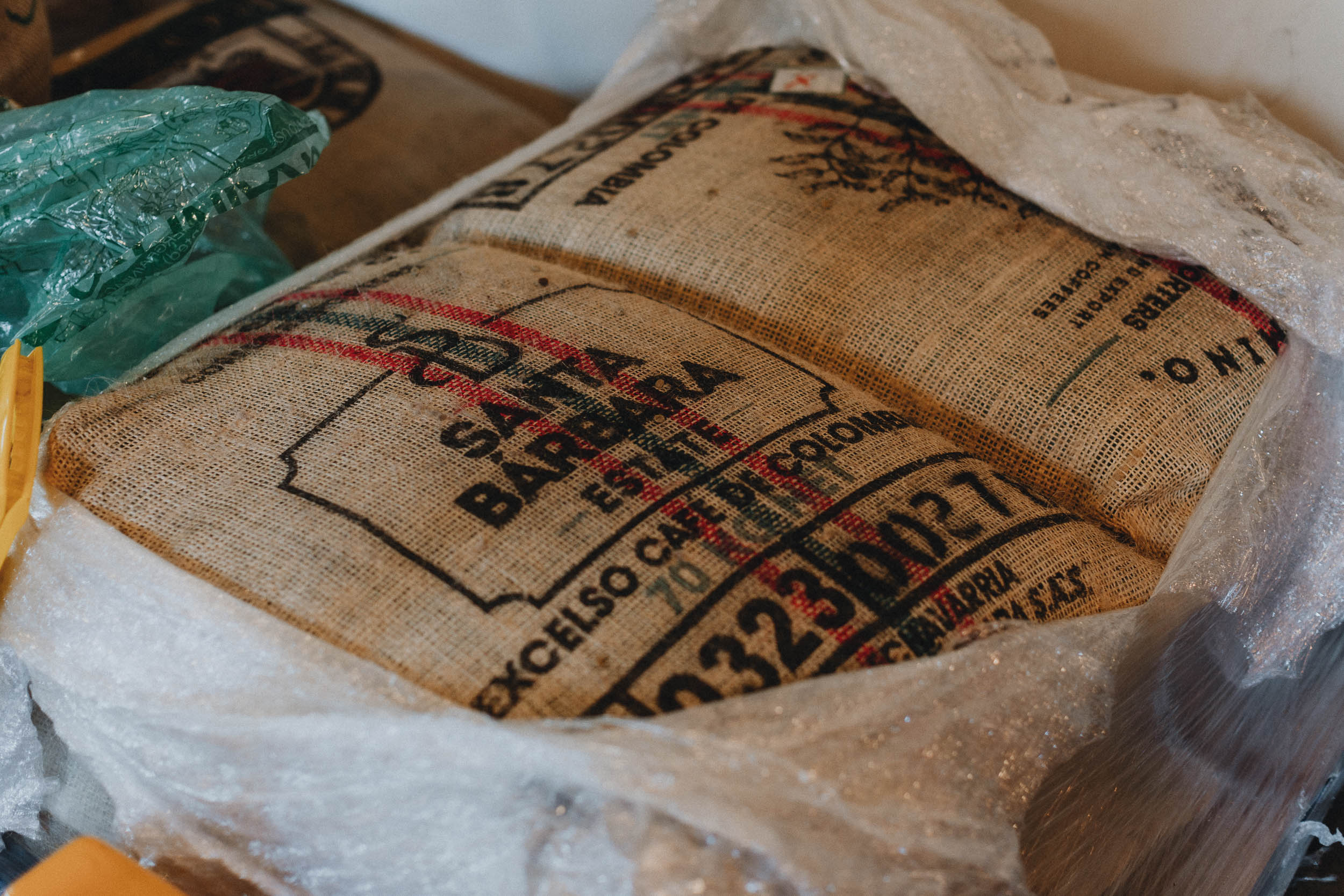 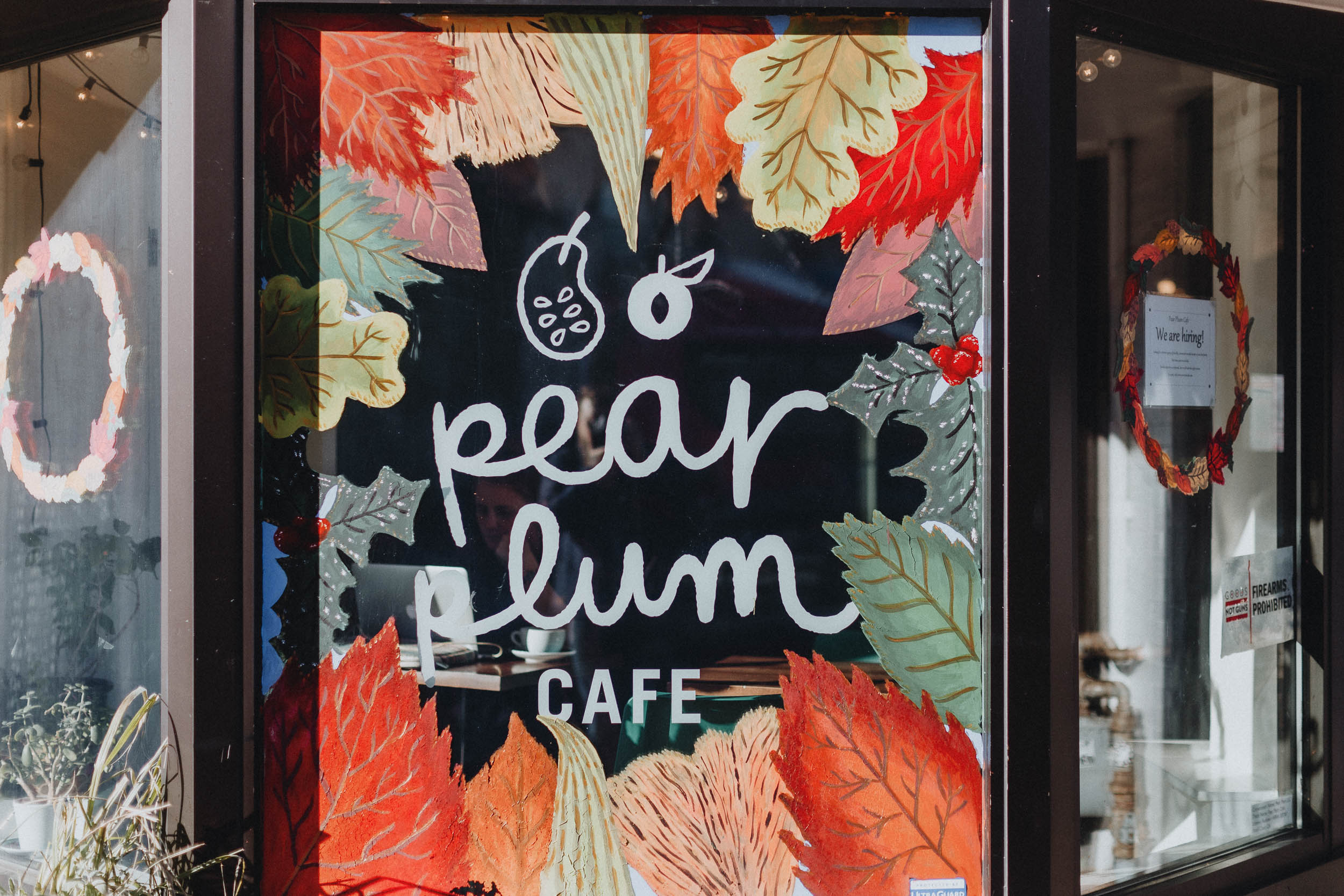 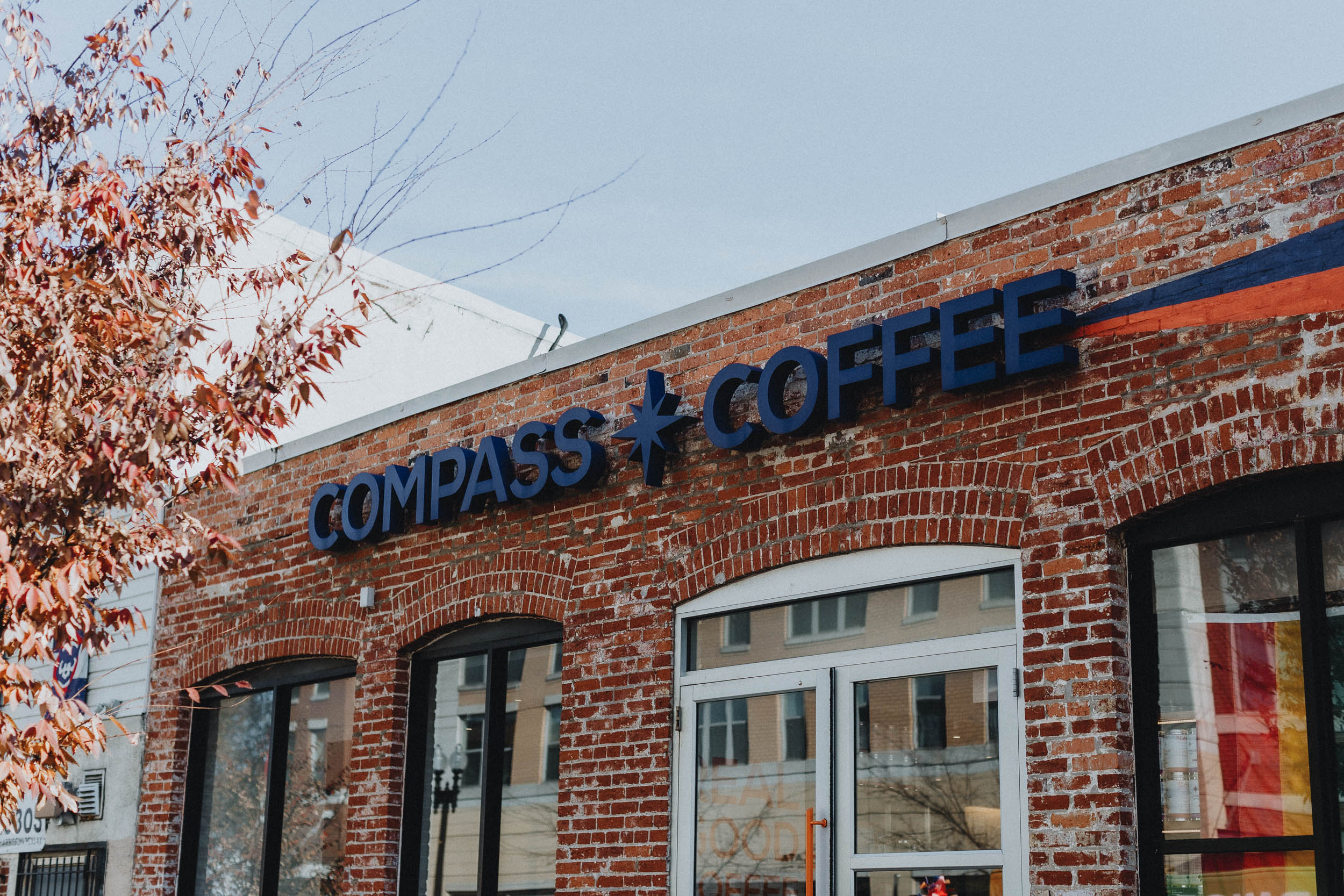 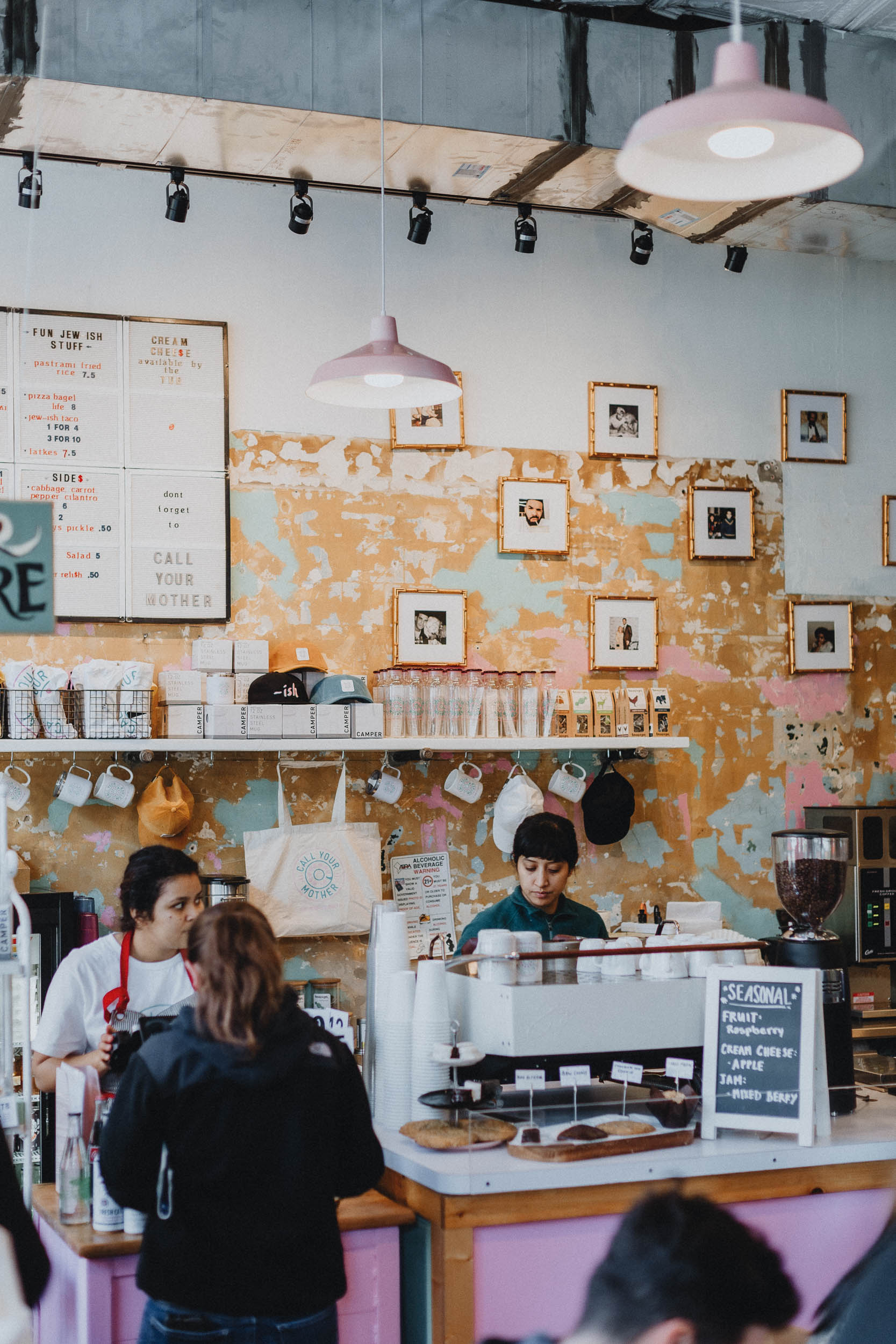 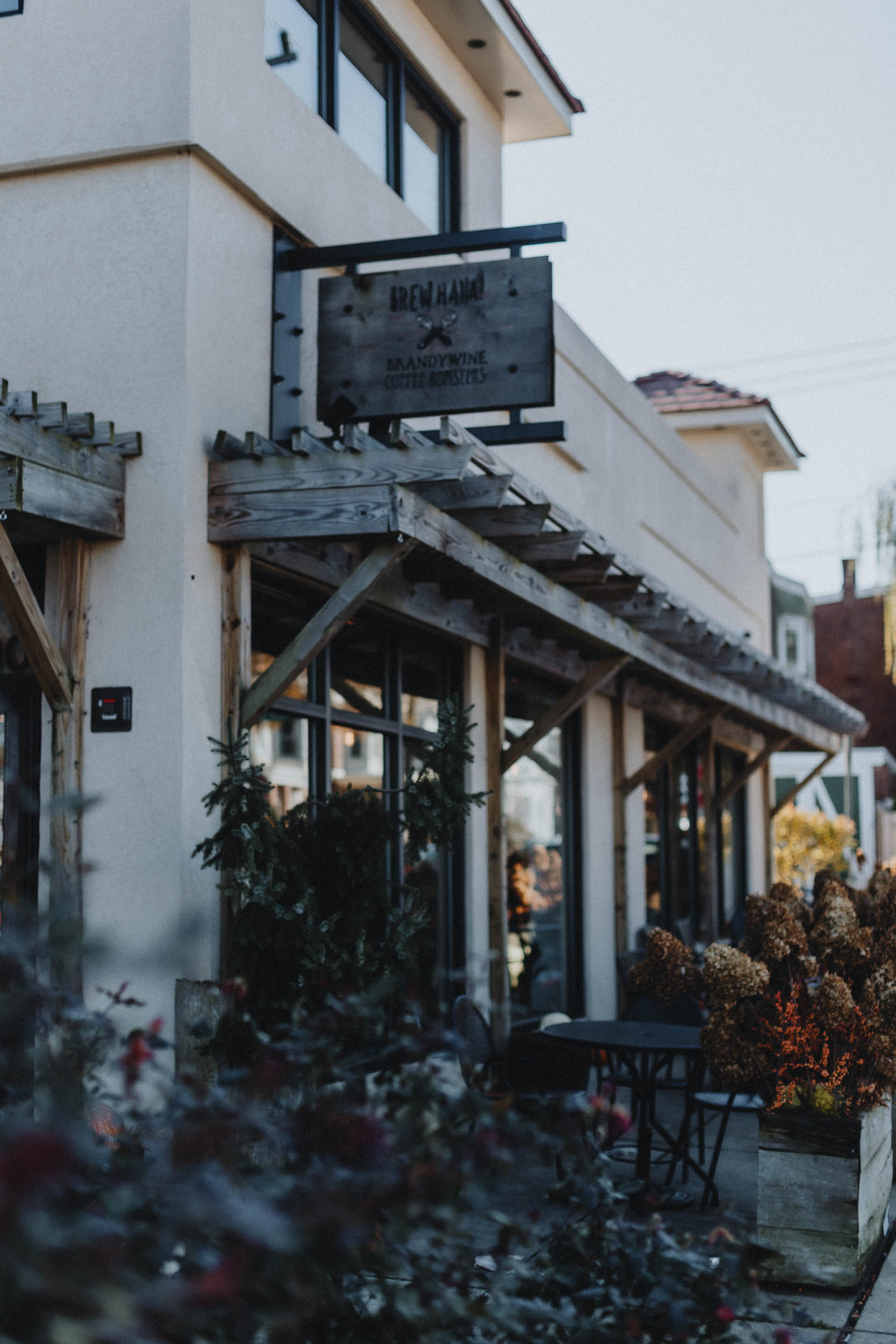 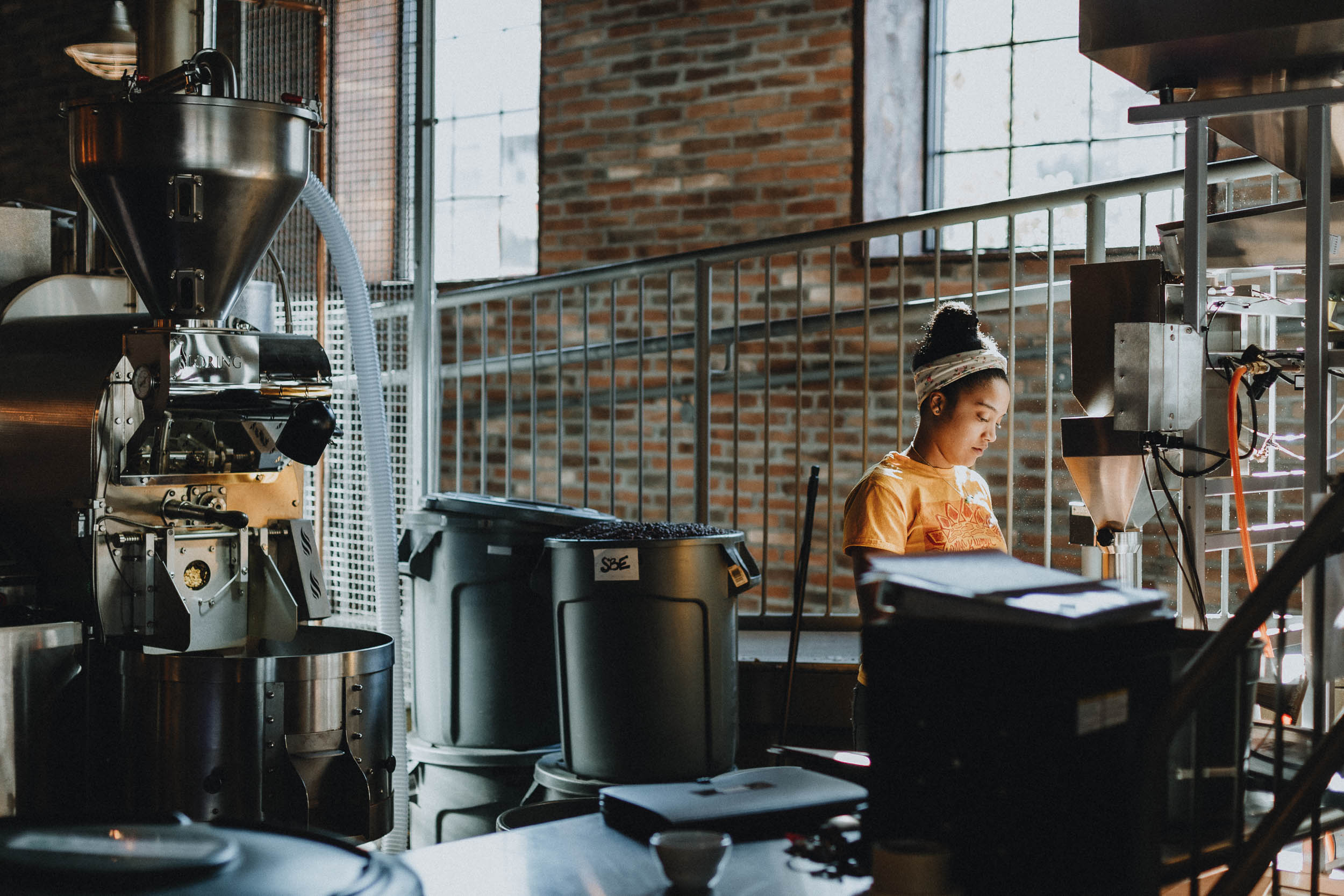 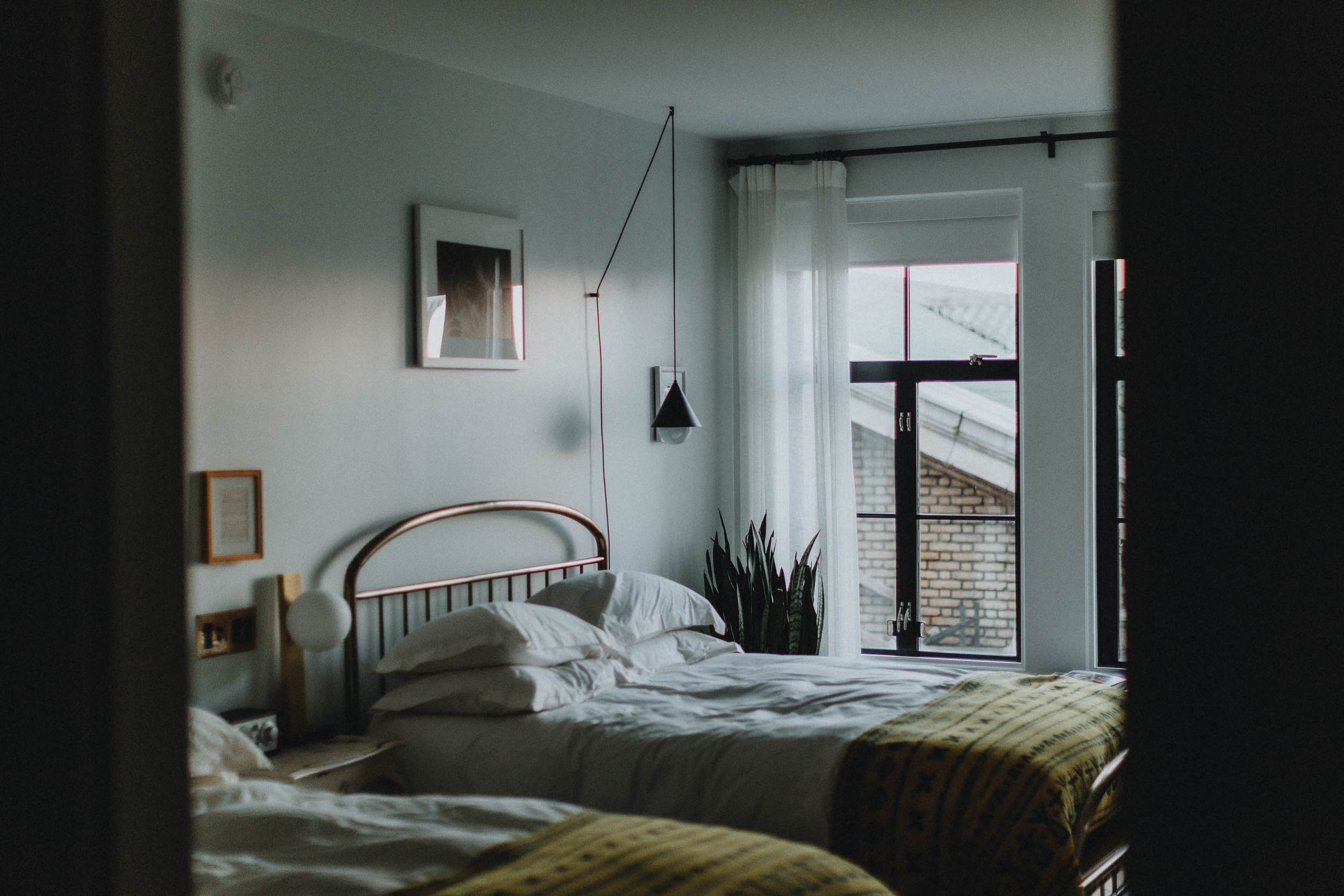 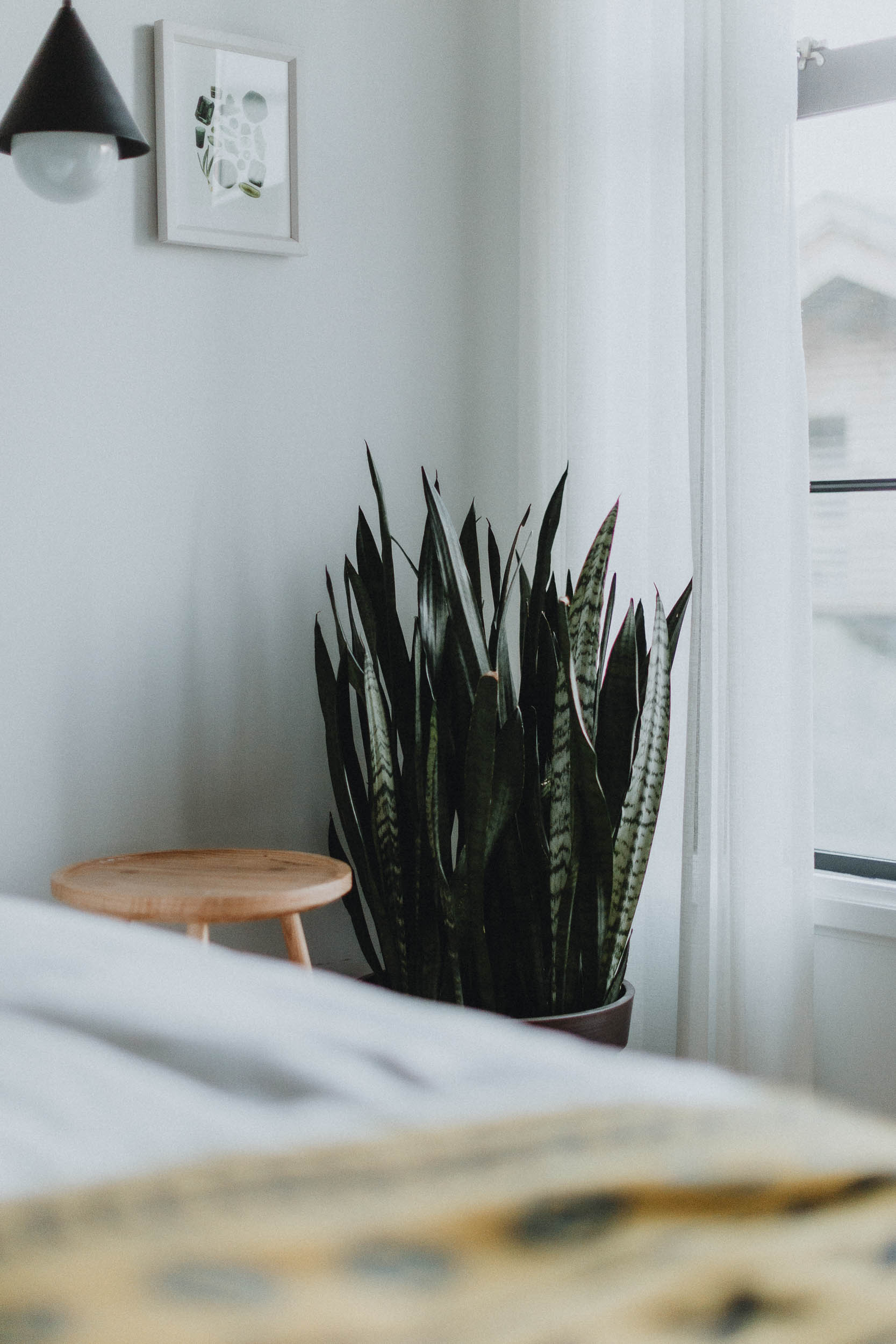 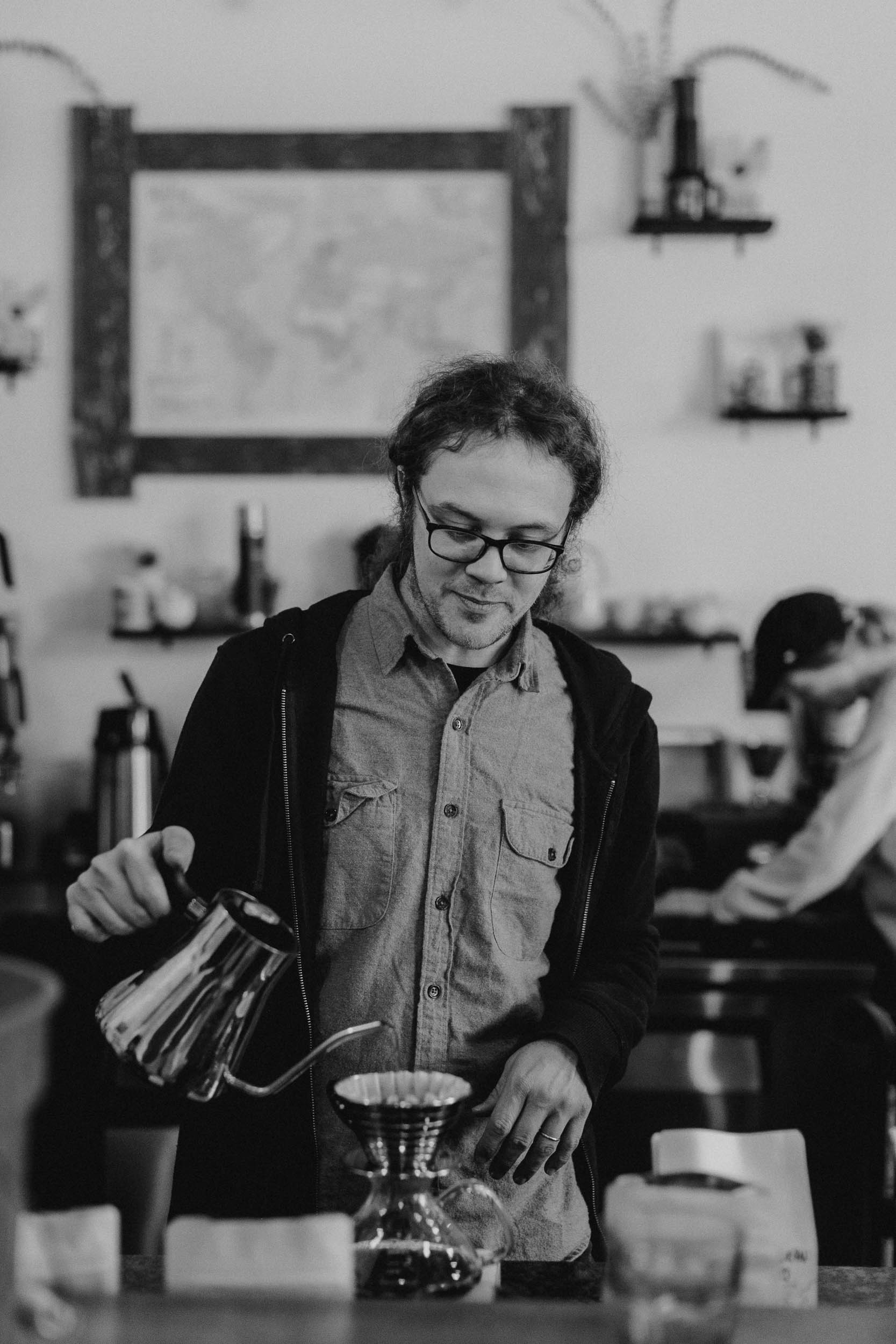